Come and discover the riches of our land in Calvados, Cotentin!

Do you know Normandy? Its rich past make this region of france one of the most visited. It is full of both touristic and historic sites. Theater among the most important of the Great War, the region still have numerous heritage of the past. Furthermore, it has magnificient beaches, among the most beautiful of the country.

Normandy cannot be told. It can be visited, it can be experienced!

Do not hesitate to contact us for more information!

A land rich in history

The Landing beaches, including Omaha Beach, 20km from Isigny and Utah Beach within 30km, were the scene of the greatests battles in modern History with the Operation Overlod, also known as the D-Day, on the morning of the 6th of July 1944. You can also visit the landing beaches in the company of guided specialising in Omaha Beach and its heritage.

Numerous reconstructions of American and German scene imerge you in the center of the Landing hisotry and to the soldiers daily life, as well as their meeting with the local population finally liberated. We invite you to visit the Omaha Beach museum in order to discover more.

15 km away of our campsite, along the coast, don’t miss to do a stop at La Pointe du Hoc. From the top of this small cape, we can see that the site still bears the scars of numerous bombings, where 225 Rangers stormed the 30 metres of cliff above it. Today, this place shows what a German coastal artillery battery was with its fire direction post, its bunkers, its shelters.

It is also possible to visit certain bunkers on request, notably the bunkers at Géfosse-Fontenay, less than 10 km from Isigny.

A land rich in heritage

The castle of Balleroy-sur-Drome was built in 1631 by the architect François Mansart. This imposing building is fully restored and furnished. You can visit it as well as its French-style guarden and its English_style park. In one of the outbuildings, it is possible to visit the balloon museum, built by Malcom Forbes, former owner, a fervent fan of hot-air balloon. Located 30 km away from the campsite.

The Catsle of Colombières, 11 km away from the campsite, is one of the most notable military fortress of Basse-Normandie of feudal times. This listed historical monument, located between Bayeux and Isigny near to the landing beaches. The castle is surrounded by water moat and by a neat and romantic park. From William the Conqueror to the World War II, its defensive vocation make this house the witness of thousand years of history. Guided tour for group or individual are proposed.

“Omaha heritage escapades” guided tour at Formigny La Bataille, 20km away from the campsite are aslo available. Those tours are made by 3 qualified guide-lecturers. On the programme: a discovery heritage tour, games tour for families and animated heritage for schools.

A land rich of delicaces

Many cider farms propose their products for sales and tasting, including our partner Les Vergers de Romilly, located 6km away from the campsite. Guided tour of the farm are proposed espacially for our campsite for understand the cider conception.

The oyster from the Grandcamp/Baie des Veys oyster farm has its own name: “The special oysters of Isigny“. It is fleshy and crunchy (it is for this reason that it can be cooked) and it reputation is well established. Normandy is the 1st oyster farming region of France. Numerous medals are won every year at Paris Agricultural Show.

Grandcamps-Maisy, located 10km away from the campsite, is one of the most active fishing port of the norman coast with no less than 45 boats! Fishermen brings back all kind of fish, shellfish and crustaceans like sole, plaice, pollack, seafood, whelks, lobsters, cockles, mussels, crabs… but the grandcopaise star is without hesitation the Scallop!

A land rich of landscapes

The Calvados departement houses beaches among the most beautiful of the region, including the beache of Vierville-sur-Mer and the beach of Colleville sur mer, perfect to enjoy the sunset on the fine sand.

“Outstanding” garden… More than 2000 plant varieties presented to visitors or to eventual buyers in the nursery adjacent to the garden. A second terraced guarden, punctuated by yew trees pruned into Italianate topiaries, and ended by a labyrinth, was created 15 years ago. National garden price awarded in 2009 by the AJJH.

The national forest of Cerisy

Composed of more than 2000 hectares, mainly composed of beech trees, it was owned by William the Conqueror. Managed by National Forestry Office (ONF), since 1976, the forest of Cerisy is also a national natural reserve. The Office Tourism/Forest House welcolme you at Montfiquet to tell you more about this forest, through its permanent and free exhibition, and its many animations.

The park house is the perfect place to go on a walk, discover and understand more about the marshes, in all seasons, in family, with the class or a group of friends. Located at Carentan-les-Marais, it is also the point of entry of a guaren and a remarquable natural space. The Jardin des Têtards and the sensible natural area of the marshes of Ponts d’Ouve that allows you to enjoy the preserved the marsh, to stroll in a very natural garden or venture on an islande of 100 ha in the center of marsh. It is also possible to do boat trip.

A land rich of activities

Colleville-sur-Mer is in the dune’s center, in a green bower. Omaha Beach extends over 6 km of golden sandy beach. It is a perfect beach to practice sand yacht, kites and others sports activities. Swimming i just as popular here!
Saint-Laurent-sur-Mer is an animated beach. Local people and tourist are many to visit it and to enjoy beach games and swimming.
Vierville-sur-Mer, more family-oriented, is perfect for idleness, swimming and children’s games, with its small ponds naturally heated by the sun. Along its cliffs, you can also go fishing on foot.

Grandcamp-Maisy is now home to a fishing port, a marina and a beach, wich a part still accessible, even at high tide. It is a place that alo have a the privilege of being a great fishing spot, which is a great way to keep children occupied!

From Grandcamp-Maisy, embark on a big game fishing trip. You will ba able to also take a breath of fresh air during a walk, sailing off the Saint-Marcouf islands or discover the Pointe du Hoc (sea view). Vintage sailings departing from the port of Carentan, on board the Vedette “Belle de Carentan” completely renovated, replica of a German torpedo boat during World War II, are also on offer.

Discover the landscapeand heritage charm of our region during convivial hikes often bringing together around a hundred hikers. The walk is about 8 km long and it free and organised by the tourist office of Isigny-Omaha, supervised by an animator.

Whether you are a beginner or an expert, the equestrian centres will offer you, according to your desire and your level, an initiation, a course, an accompanied walk on the beach or on the hiking trails!

Along the coastline, through the marshes or in the forest center, get on a bike, or a mountain bike, to discover the postcard landscapes of our region at your own pace! Whether it’s for a day or just a few hours, it’s up to you to choose the right bike rental package for you. For the little ones, baby seats and a towed trailer are also available.

Discover the richness of the marsh ecosystem in a friendly atmosphere and in an original way. This kayak ride on the marshes of the Elle is accessible for beginner. Kayak ride from Trévières are also offered by Eolia Normandie. The tourist office and the sailing school of Grandcamp-Maisy also organised sea rides in kayaks to discover the Pointe du Hoc from the sea.

And for the sporty ones…

Overview of the area around the campsite 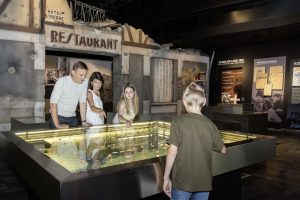 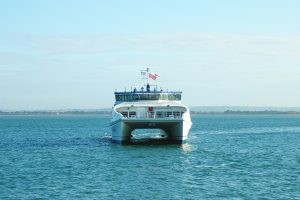 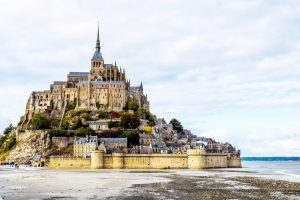 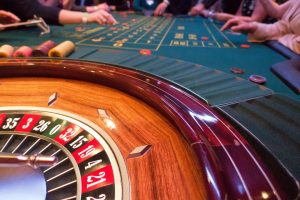 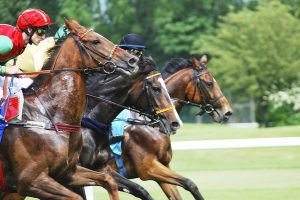 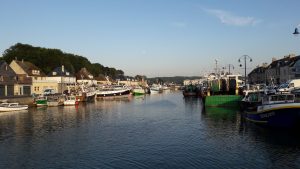 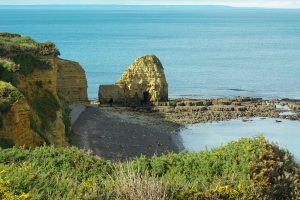 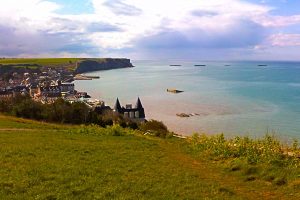 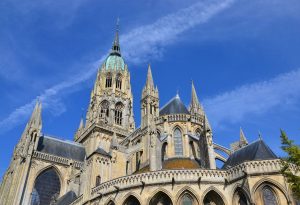 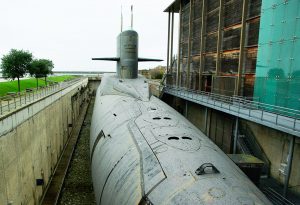